Update 11/15/2021: Okay, for some reason this game is getting a lot of views three years after I first released it, so I'm finally updating this page to include an HTML version (QWERTY only). Unfortunately, there seems to be some porting errors between Unity versions, so it's not quite the same as the downloadable version.

Do you remember Concentration,

"No repeats or hesitation"?

Well this is that but musically

So don't repeat that melody!

TL,DR: Play a note to light up its segment. Don't play over an already lit segment.

A rhythm  game made for Ludum Dare 42: Running out of space. Press keys on the beat to play a melody. However, the track repeats every eight notes. Avoid repeating the same pitch on the same beat to score points! (except the points don't make sense)

Due to scheduling conflicts, this game is in pretty rough shape. It's more of a proof-of-concept than a finished game. Heck, I'm not even sure the music track is synchronized properly...

UPDATE AUGUST 13, 2018: Added a second version that should be QWERTZ-friendly

Space: Start and restart the game

Post-Jam Note: Woo! I did really well at this one! 15th overall in Audio and 68th overall in Innovation! Thank you to all who played my game and voted!

Unzip the file and run the application. 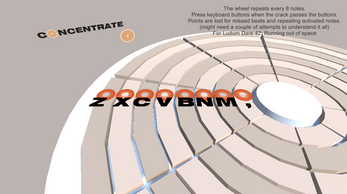 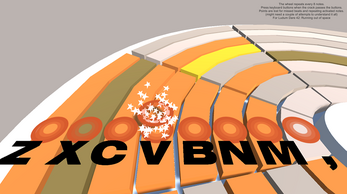 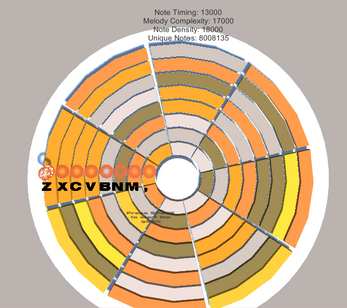